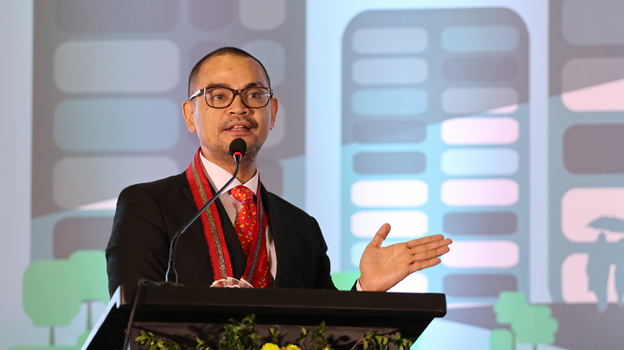 “Increase condom use,” advises Dr. Louie R. Ocampo, country director of the Joint United Nations Programme on HIV and AIDS, to high school student-participants in a fora titled “Enhancing Gen Z’s Level of Awareness on HIV/AIDS through Digitized Arts” conducted by the Department of Science and Technology-National Research Council of the Philippines (DOST-NRCP).

The use of condom is just one of the several solutions to prevent HIV/AIDS epidemic confronting the youth of today. Latest estimates show that 2 out of 3 HIV infections are young people with ages 15 to 24 years. The forum is part of the 2019 National Science and Technology Week (NSTW) celebration happening at the World Trade Center in Pasay City. Various activities, technology displays, and fora are open to the public from 17-21 July 2019.

The Philippines ranks among the fastest in terms of increasing number of HIV/AIDS cases worldwide. The lack of awareness is said to contribute to the increase, where only 17% of Filipinos have correct knowledge on HIV/AIDS prevention and transmission.

The Department of Health- Epidemiology Bureau (DOH-BE) recorded 11,427 new HIV/AIDS in 2018. According to Dr. Verdadez Linga, Quezon City Health Department Official, the high percentage of the number of the new HIV infections are from the most vulnerable group – the younger age group, ages 15-24 years old, dubbed as the Generation Z. The youngest reported AIDS patient is 17 years old.

Because of the increasing prevalence of HIV among young Filipinos, the Department of Science and Technology-National Research Council of the Philippines (DOST-NRCP) embarked on an advocacy using digitized arts, to help spread awareness on HIV/AIDS especially to the students, from grades 10 to 2nd year college so they can avoid being infected.

The National Science and Technology Week (NSTW) will be celebrated on July 17-21 at the World Trade Center (WTC), Pasay City. The public is free to view the exhibits.